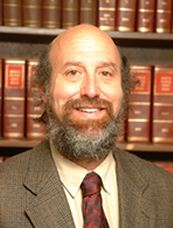 Michael Givel joined the Department of Political Science at OU in August 2002. From 1995 to 1998, he worked in Missouri state government in the Department of Mental Health as a research analyst and program and planning evaluation specialist. From 1998 to 2002 he was an Institute Project Fellow and Researcher at the Institute for Health Policy Studies, University of California, San Francisco. While at the Institute for Health Policy Studies, he was involved in the evaluation and analysis of state and local tobacco control policy making and politics in the United States. Research analyses included examining and comparing tobacco control politics and policies and the impact of campaign contributions in Florida, Mississippi, Missouri, and California and examining the policy motivations and political tactics of the tobacco lobby as it relates to tobacco control legislation enacted in all state legislatures in the 1990's. In 2005, with Andrew Spivak, he produced the report "From Industry Dominance to Legislative Progress: The Political and Public Health Struggle of Tobacco Control in Oklahoma." The report was supported with a grant from the American Heart Association. In 2009, he became the first U. S. Fulbright ever to serve in Bhutan.

The University of Oklahoma is an equal opportunity employer.